Ice hole is a composite image created from two images taken in areas very close to one another geographically and is one of my favourite examples of how blending two scenes together can create an image far more engaging and impactful as a result.

For me photography is largely a two-step process – firstly the capture and then the post-processing. Manipulating an image after its capture is a practice almost as old as photography itself. Before the digital age arrived, this was achieved by a range of techniques such as retouching with ink or paint, double-exposure, piecing photos or negatives together in the darkroom, scratching Polaroid’s etc and the list goes on.

In the current realm of digital photography Photoshop is my most favoured tool of choice for post processing. As I have alluded to already, I find it is the most effective instrument for allowing me to develop an image from what I had previously captured into what I had witnessed, felt or pre-visualised.

There are other tools available, and more being created every day, but Photoshop still remains the original and current benchmark for unlimited creative potential. It has the range and power to refine, design, control and finesse an image in almost any way you can think of. Your level of imagination really is its only limitation!

The concept of pre-visualisation in photography refers to where the photographer can perceive the final image before it has actually been captured. This approach can be of high value for photographers of all kinds, as it has the potential to unlock greater creative vision.

Well before even flying to Iceland I had been exploring a range of ideas in my mind. Iceland has been so heavily photographed in recent years and I really wanted to create something original and unique, beyond what I had seen before. Not an easy task perhaps, but a motivating one! One of my ideas was to photograph some of the most recognised and iconic locations, but present them framed inside ice, and this image was created from that idea.

My first attempt to frame an icon within ice was at Kirkjufell mountain, framing the peak with a sheet of ice (see image). Overall the image has lots of rich texture and form to explore providing interest in every part of the frame, yet the circular framing creates a clear and controlled sense of direction and movement. There’s a beautiful reward for walking inwards from this framing held in the flowing movement and sumptuous colour deeper within. Ultimately, it is a fairly unique image with a great sense of sensuality and depth.

I think the success of this image comes from how well the shape, colour and content relationship between the two frames tie together. Let’s start with a view of the two original raw files and I will take you through some of my thought processes and techniques for blending the final piece together… Framing is a compositional tool whereby elements in the image are used to outline or enclose a feature within its boundaries. In this case the ice hole is used to encase and frame the background features of the icebergs at the sea – creating a frame within a frame if you like. In this case it works particularly well because the iceberg is framed by another element in the scene that complements its own story and physical structure – essentially two slightly differing forms of the same element tied together by design.

The original placement of the iceberg within the hole was too tight and it didn’t work compositionally. As a result, I used the warp tool in Photoshop top open it up and give more breathing room to the iceberg which brought more balance to the two main areas of visual interest.

The design choices compositionally provide an organized arrangement within the frame, structuring the image more formally. Figuratively speaking, limits are set, and the image holds back from flowing over the edges providing a sense of stability, deliberateness and control. The latter being a common quality in a successful image.

On a purely graphic level, it helps focus the attention of the viewer by establishing a clear direction for the eye to move from the outer frame inwards through a visual passageway. The small gap between the two frames also intensifies the graphic relationship between them.

Circles and ellipses have a special place in composition. Unlike triangles, vectors and lines, they are not so easy to imply because they need to be complete and have a very precise, recognizable shape. The circular and elliptical elements in this image have an enclosing effect. They contain what’s placed within and draw the eye inward; in this case a creating a tunnel-like effect.

Selective dodging and burning has accentuated much of the shape and form of the ice features and aided in directing the light down into the deeper parts of the image. The eye almost always travels through an image to rest on its brightest point. I brightened and increased the contrast of the icebergs in the back to grab the viewers’ attention and help pull the eye through the frame. I also darkened down the outside of the image to add to the sense of framing (in a form of vignetting) to prevent any brightness on the outer part of the image competing with the elements drawing you further in. The lighting was handled with enough delicacy that you are invited to gently meander through the frame rather than be pulled down it by any overly bright features.

Many hours went in to developing and finessing this file, particularly with the colour, and several different versions were created. Ultimately this variation rose to the fore where the blues were saturated similarly enough throughout the frame to help tie the two parts of the image together – while still keeping a subtle separation between front and back. Warmer orange hues (again with that beautiful colour complement to the blues) were added to the flowing water and horizon as well as to their ‘reflection’ inside the ice hole. This added a touch more complexity to the overall colour palette, helped tie the two frames together, making it more believable and bringing a greater level of emotion into the image.

The front of the image is very static and solid, while the frame in the back, created with a long exposure, brings in an alluring sense of flow and movement. The two qualities in juxtaposition add a level of dynamism and interest to the overall image and another level of separation between foreground and background for the viewer to reflect on.

Tonal Range and the Histogram

The histogram gives you an excellent view of where all the tones lie within an image. 0-255 represents the full range of the values involved from complete black to pure white. I rarely go to the edges, particularly when preparing a file for printing, as it usually means the brightest and darkest areas will not print with any detail – a common criticism from judges. And while it’s crucial to capture a photograph where the information is completely contained within this range, there is room to interpret how this is used and distributed throughout the final image. Maximising the full range at your disposal within that boundary (I often aim for 10-245) allows you to take full advantage of the contrast, sense of luminosity and overall punch and impact for many images – with this one being an excellent example.

If you compare the original raw capture of the icebergs, the tonal range is very limited with low contrast feel and consequently it’s arguably a fairly lacklustre image in terms of impact. The final version is quite the opposite, largely through extending out the much fuller tonal range accessible within the file. The whites are whiter, and blacks blacker and there is a greatly increased sense of luminance, form and energy brought into the image as a result.

Like the image of Spa Pool, ‘Ice hole’ was created using a photographic technique called focus stacking. 8 shots of the ice hole were taken focusing manually at different positions in sequence from the foreground to the background using an aperture of f11. The eight images were then merged using the very capable specialist software Helicon Focus.

This technique generally requires the use of a tripod to prevent ‘ghosting’ or overlap of images during the blending process and to provide enough control to select the various focal points.  Mirror lock-up and a cable release are recommended to avoid any unnecessary vibrations of the camera caused by manually touching the shutter-release button.

Take the time if you can to be present with any visualised ideas and concepts both before and during the capture process and allow them some breathing room them to guide you. Don’t be afraid to really reach deeply into a file and make full use of the tonal range – you may be surprised at what this can reveal and what greater potential lies inside!

Pictorialism is the name given to an international style and aesthetic movement that dominated photography during the later 19th and early 20th centuries. There is no standard definition of the term, but in general it refers to a style in which the photographer has somehow manipulated what would otherwise be a straightforward photograph as a means of «creating» an image rather than simply recording it. It emphasizes photography›s ability to create visual beauty rather than simply record facts. Pictorialism began in response to claims that a photograph was nothing more than a simple record of reality and transformed into an international movement to advance the status of all photography as a true art form. 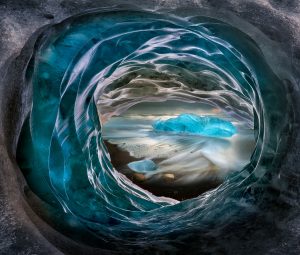