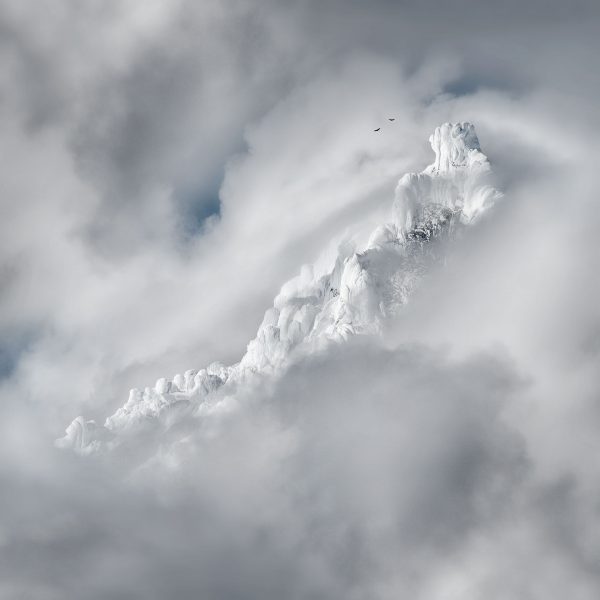 The original capture was taken from a boat cruise around Grey Lake during a photography workshop co-led with Richard I’Anson. The snowy peak is called Paine Grande and it is the highest summit of the Cordillera Paine Mountain Range. Paine Grande stands at 2750 metres, closely followed by the Cuerno Principal. Paine Grande is far less photographed than the nearby peaks “The Horns” and “The Towers”, which also lie within the National Park boundary.

The image has an element of simplicity and minimalism, yet still manages to successfully convey a sense of movement and grandeur. The pair of condors work as a delicate and graceful reveal and add a clear sense of scale to augment the majesty of the immense mountain peak. The image works successfully to combine the dual qualities of both softness and strength, which are quite unusual to find together in such an extreme environment. 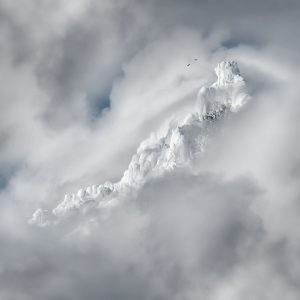