This image of Spa Pool in Hamersley Gorge in the remote Pilbara region of West Australia is a very special shot of mine.

Since I came to Australia in 2008 and after seeing some beautiful images of Karijini National Park by Australian icon landscape photographer Ken Duncan, I had always wanted to visit this region and photograph its beautiful gorges. It wasn’t until April 2012 when I had the chance to do so.

This capture probably stands up as one of the most successful images in my career to date not only because of the amount of awards and accolades that it has received but also because after editing this shot and other images of Karijini, I published my first book, exhibited the work in Sydney and used that momentum to launch into working as a full time travel photographer.

Some people have suggested the success of this image comes through the feminine qualities it carries. I didn’t feel that way personally, in fact I didn’t really see what qualities lay within it at all at first and almost overlooked it altogether.  However, when I chose to give the image more time and reflection, a number of wonderful qualities began to reveal themselves, particularly through my postproduction process.

The final image has a delightful mix of colour, contrast and movement that gives it a great sense of life and energy. And yet it still pervades you with a great sense of balance and harmony through its thoughtful structure, feature placement and design.

Some of the elements of this image I most appreciate come to life through the structural framework of the photograph. The square composition, diagonal flow and supportive lines framing the subject hold it all together wonderfully well.

The square framing in this case gives a solid, balanced container to hold the rich subject matter within it. The diagonal lines running through the image are reinforced by the natural movement of the water. Your eyes naturally move from the smaller waterfall on the bottom left and follow the waterway to the main subject at the top right, and back down again with the natural movement of the water. This diagonal flow back and forth is perfectly reinforced by the parallel ridges and supportive lines in the rock structure surrounding the waterway.

Another tool I have used to further support this diagonal movement is exposure and density, or more specifically, the use of dodging and burning. Our eyes naturally move from dark to light.  In this image, you might start looking at the high contrast areas and dark rocks in the foreground and yet you naturally follow the diagonal waterway all the way up to the highlighted main subject and real anchor point of the image: Spa Pool waterfall. 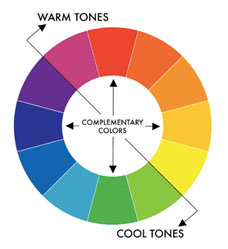 Colour is a very important compositional ingredient that is not always used as consciously or deliberately as it can be to direct and engage the viewer. Complementary colours are one such tool. Orange and blue are perfectly opposite on the colour wheel and here I have deliberately enhanced the saturation of the blues and oranges already present within the image file to accentuate this. Those two colours are not just a naturally appealing complement but have different impacts spatially and cognitively on perception. Spatially, the cooler tones of the blue tend to recede into the frame and the warmer hues/temperature of the orange tend to come forward. This works to create a natural separation, and adds a sense of depth and three-dimensionality in the image – with the warmer orange hues in rock coming forward and the cooler blues in the water pulling you back deeper into the frame.

This photograph was taken using a photographic technique called focus stacking. Focus stacking is a processing technique, which combines multiple images taken at different focal distances to give a resulting single image with a far superior depth of field. This allows the final image to appear to be in complete focus all the way from the foreground to the background, which is often not possible with a single image capture.

To clarify the process – in the field I took a series of six images focused at a different points, starting in the foreground and moving to the background.  All the images were taken on a tripod, so the compositions were identical. The full set of files were then blended together in postproduction with a specialist piece of software called Helicon Focus to produce the final file.

Note: I generally shoot landscapes in aperture priory mode and I rarely go above f11. Each individual lens has a sweet spot where the performance and critical sharpness is at its peak, and it usually resides within the f8 to f11 range. Pushing the aperture beyond f13 often leads to softer images due an optical diffraction effect from the aperture blades. So essentially, although f22 will get you the maximum depth of field, using f11 or f13 will create a sharper photograph overall. Focus stacking is the perfect technique to combine peak lens performance and sharpness with great depth of field. You’ll notice the original image is slightly overexposed. This was done deliberately to ensure what I deemed to be the most critical data on the right-hand side of the histogram was fully accessible for the post processing. The resulting file, when processed back to the correct exposure, contains more tonal information and less noise in the shadow areas, maximising the final image quality. You will find there are arguments either way for slightly under or overexposing certain subject matter, but this is where I normally tend to lean.

Note: When you expose the histogram to the right, be careful not to clip the highlights as this will be information lost that you won’t be able to recover. 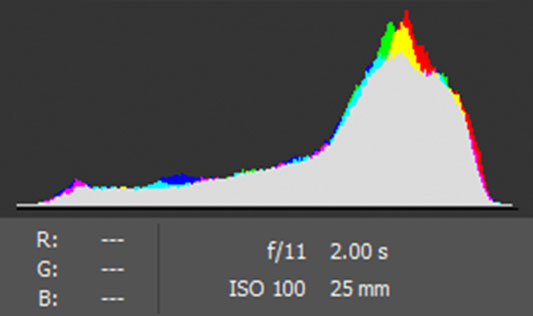 Histogram of the image

In summation, probably the greatest strength and my favourite quality of this image is its visual balance. It clearly implies a feeling of equilibrium rather than tension and holds a sense of harmony. Harmony is an ease of coexistence in all the key elements, where the relationships between all the constituents don’t fight each other but work together in a complementary way. The complementary colours of the orange and blue as well as the balanced structural design also add to this sense of harmony. The choice of a square crop, with equal weighting given structurally to top left and bottom right create a diagonal symmetry that similarly adds to the visual balance. I’ve further supported this by placing the main subject of the waterfall and pool within the intuitive rule of thirds framework so it sits very naturally in the frame.

This is also a great example of an image that follows the Golden Spiral. When I was shooting the image, I didn’t think of the Golden Spiral at all, but I intuitively knew it had a very pleasing flow to my eyes. Once I was home and beginning my post-production process I cropped it, and realised that it was following the Fibonacci spiral (or Golden Spiral).

This structural design can seem a little more complex than the Rule of Thirds, but he Golden Spiral framework works beautifully to help your viewer flow through your image on a journey of exploration along the sweeping curves of the spiral – experiencing the key points of interest in your image along the way. Being born out of the Golden Ratio, it naturally provides a very appealing balance to your composition. Just like the Rule of Thirds, you can apply the Golden Spiral to your not-quite-perfect shot during the post-processing. How do you use it? Well, you place your subject or the most crucial focal point of your image in the heart of the spiral. Then frame the other prominent areas of your image on the rest of the curve, as much as you can, so you are leading your viewers along the spiral to your subject. Warping and cropping may help align the key areas into this framework. 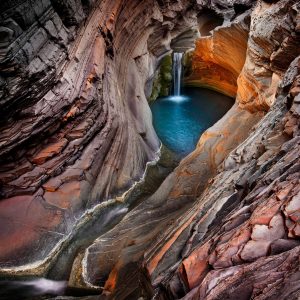